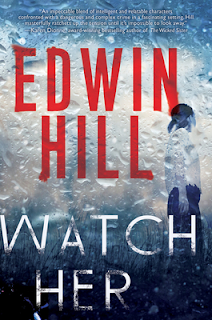 Fans of Ruth Ware and B.A. Paris won’t want to miss this complex psychological thriller from an acclaimed author about a powerful Boston family desperate to keep their darkest secrets from coming to light. While attending a gala at Prescott University’s lavish new campus, Hester Thursby and fellow guest, Detective Angela White, are called to the home of the college’s owners, Tucker and Jennifer Matson. Jennifer claims that someone broke into Pinebank, their secluded mansion on the banks of Jamaica Pond. The more Hester and Angela investigate, the less they believe Jennifer’s story, leaving Hester to wonder why she would lie.When Hester is asked by the college’s general manager to locate some missing alumni, she employs her research skills on the family and their for-profit university. Between financial transgressions, a long-ago tragedy, and rumors of infidelity, it’s clear that the Matsons aren’t immune to scandal or mishap. But when one of the missing students turns up dead, the mystery takes on new urgency.Hester is edging closer to the truth, but as a decades-old secret collides with new lies, a killer grows more determined to keep the past buried with the dead. . . .“Hits that elusive sweet spot yet again with an impeccable blend of intelligent and relatable characters confronted with a dangerous and complex crime in a fascinating setting. Hill masterfully ratchets up the tension until it's impossible to look away. Hester Thursby fans will not be disappointed!” —Karen Dionne, award-winning bestselling author of The Wicked Sister

INTENSE !!  I have said it before after reading one of the books in the Hester Thursby Mystery series by Edwin Hill and it is still the best word to describe the third book in this series, Watch Her.

Main character Hester Thursby has a complicated life....and some of it is with her own doing and thinking.  She has a great man in her life, Morgan and together they have built a loving family life for his niece Kate who they are raising for his sister.  They both have good jobs. Hester is a librarian and occasionally finds missing people and Morgan is a veterinarian and they have a house full of dogs.  They also have a tenant and friend Jamie who is a design intern at Prescott University.  Hester is also friends with Detective Angela White but the line is often crossed when there is an investigation ....

In Watch Her readers get to know the family responsible for the Prescott University and all the students attending it.  Hester is approached by Maxine Pawlikowski, the general manager of the college as well as a friend of the family, to look into finding some students on a list when things do not add up.  She thinks that Gavin Dean has something to do with it but she needs prove.  Maxine has been friends with Jennifer Matson and her husband Tucker for years.  She helped raise their daughter Vanessa and would do anything for them.  Vanessa is the President of Prescott University and her husband Gavin is the CFO.  Her parents trust Vanessa to handle everything and if she can't they know Maxine is there to step in.

Prescott University and the Matson family have deep, dark secrets....some of them stem from years ago when Vanessa was 4 years old and they have been hiding them since.  Unfortunately when Maxine asks Hester to look into the list of students, three of the students are hard to find....this sets everyone on a rollercoaster ride of emotions and more secrets.  How far will people go to keep these secrets from getting out ??  The rollercoaster goes off track when one of the students is found murdered in her apartment.  This will make Hester more motivated to find out what is going on at Prescott University.

Hill will draw readers in immediately and he makes it so easy to follow along with the characters as he dedicates each chapter to a different person and their life and involvement with Prescott University.  By doing this readers will be able to stay on top of things and not get lost even when you get to the explosive parts of the story.  I thoroughly enjoy this series and love that the chapters are broken down per person so that you get to really know the characters and their involvement.

And it wouldn't be Edwin Hill's style to not provide readers with a few surprises and an intense storyline.  He insures that readers love the characters and guarantees that they are fans and will return with every new book he writes.