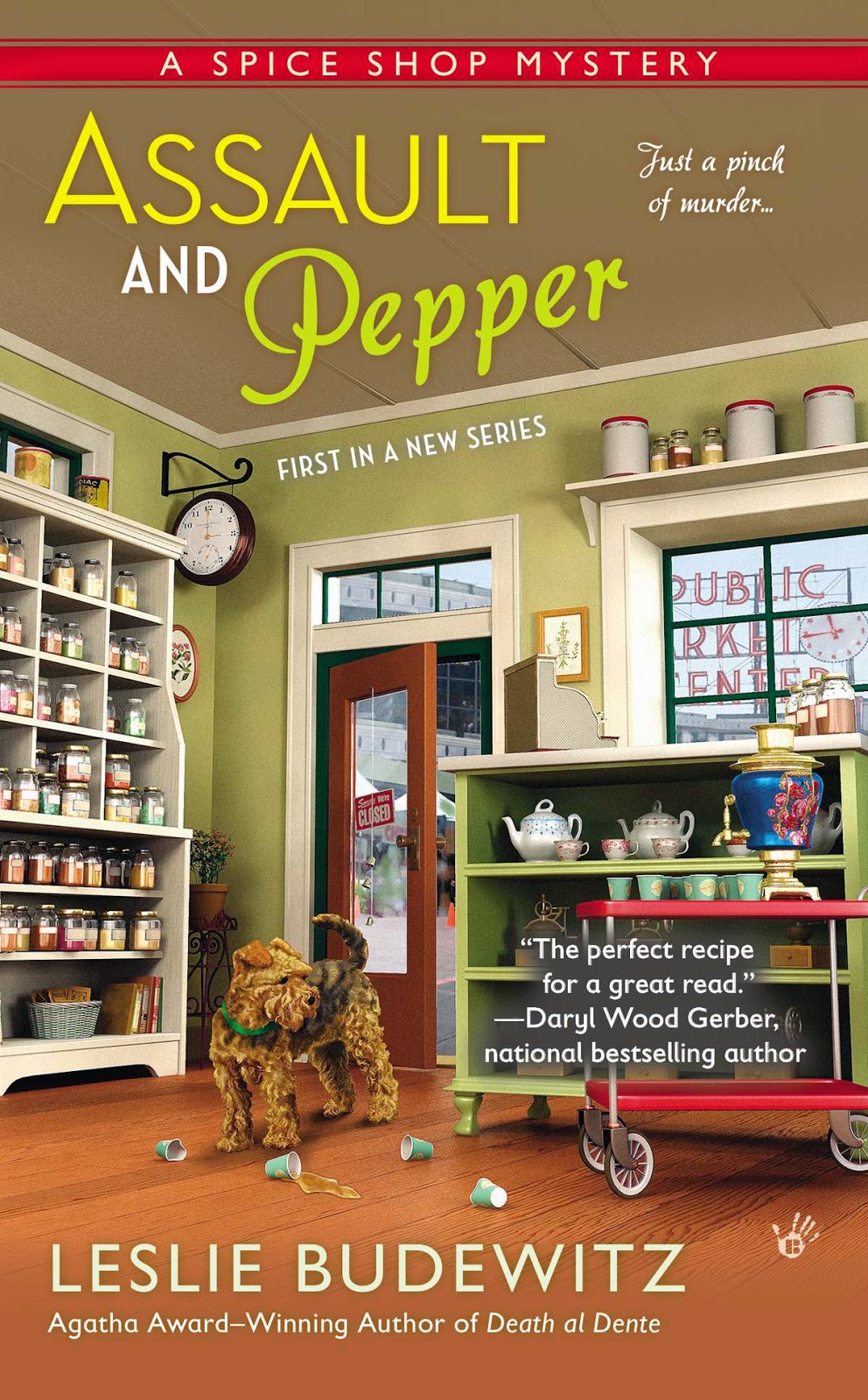 In Leslie Budewitz's new series, she's spicing up the Seattle scene with a delectable culinary mystery to appeal to all the senses!

After a corporate crash leaves Pepper Reece jobless, she opens up a spice shop, called Seattle Spice Shop. All is going well with her somewhat relationship with local restaurant owner, Alex Howard, and running her store. That is until she finds a dead body on her front step, and the dead person looks to be connected to one of her employees. With her nose to the ground, she's soon trying to catch the scent of a killer, that is if she can stay out of the way of her ex-husband, police officer, Tag Buhner.

I really enjoyed the first book in Leslie Budewitz's debut series, the Food Lovers' Village Mysteries with Death Al Dente, and I was excited to hear that she was also releasing a second series, surrounding a spice store.

Assault and Pepper is certainly a book for all the senses! Right from the first chapter I felt like I could almost smell the delicious scents that must waft in and out of the Seattle Spice Shop. The way the different spices, and recipes, are described I was practically racing to my local stores to try out lots of new spices!! With an atmosphere like this to begin with, the mystery that followed could have only made this debut novel better.

I found it interesting that Pepper starts off with a boyfriend of sorts, especially as in in most cozy mystery debuts we see the sleuth as single and looking for the love of her life. I won't spoil this story line for readers, but I thoroughly enjoyed the direction that Leslie Budewitz takes Pepper, in both her business and her personal life, and I absolutely can't wait to see what kind of adventure she has in store for her next.

The mystery was first class and it kept me guessing until the end. Leslie Budewitz certainly delivers in this new series: a first class mystery, delightful characters and when the mystery is all finished, there are mouth-watering recipes for the reader to try.

Check out Assault & Pepper at Amazon.
Posted by Anna at 05:02