Book Review: Death on the Nile by Agatha Christie 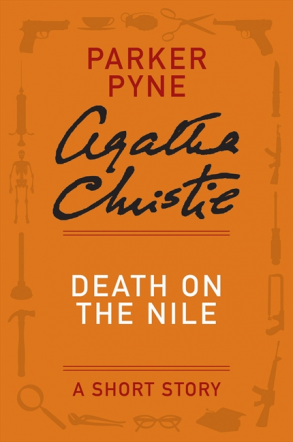 Death on the Nile is a short story featuring Parker Pyne. Parker is on holidays and even though his holiday has been previously interrupted by clients, he's hoping that it won't be interrupted even further. However the other occupants on his cruise have other ideas. One Lady Grayle asks him to find out if she is being slowly poisoned by her husband. He sets out to investigate but before he can uncover the truth Lady Grayle ends up dead.

I find the title of this short story amusing because Agatha Christie has a full length novel under the same title. The full-length Death on the Nile is of course widely popular, having been made into several movies, featuring Hercule Poirot. This short story was unknown to me until I picked it up. The short story was published three years before the novel. I do wonder if perhaps the short story was inspiration for the novel.
In any case it was a good, little story. Parker Pyne doesn't usually solve murders, so it was interesting watching him try his hand at this one. With limited suspects and evidence aplenty, Parker managed to solve it in time.

Check out Death on the Nile by Agatha Christie at Amazon.
Posted by Anna at 08:51