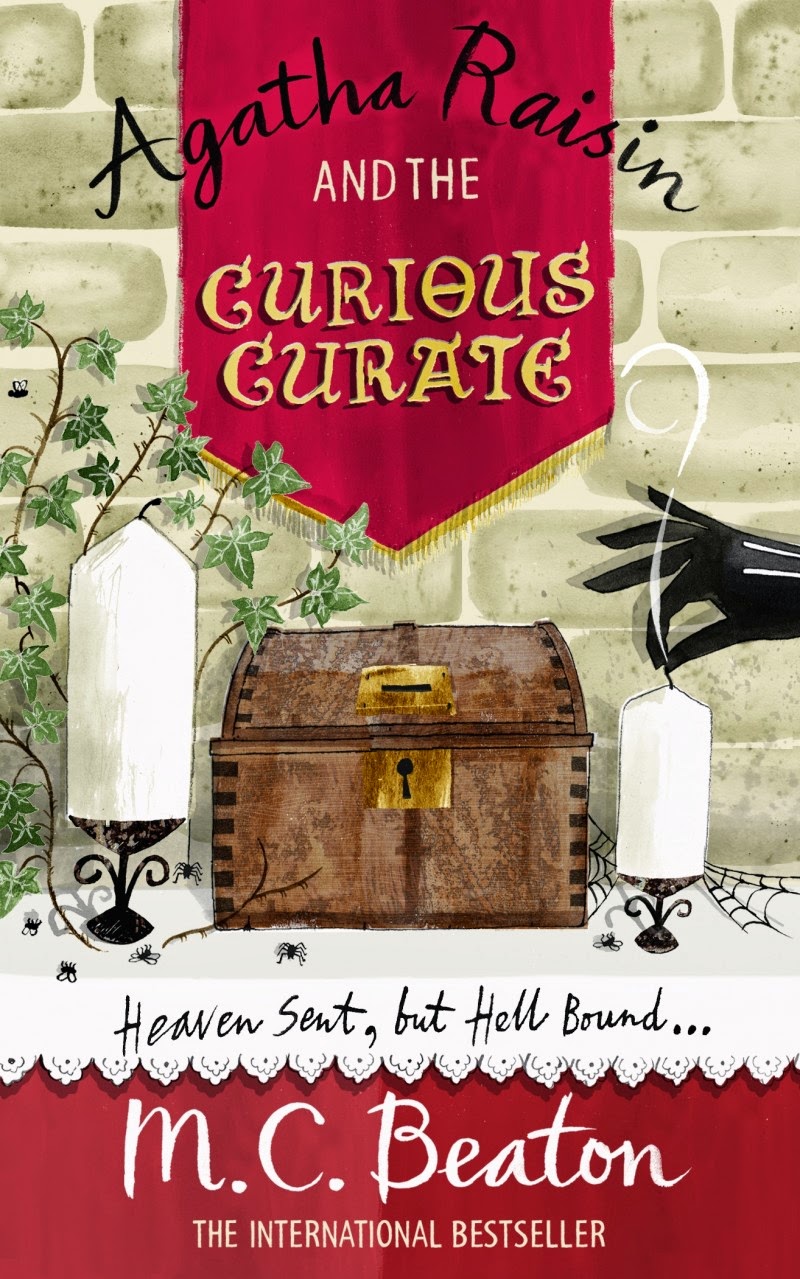 Agatha is at a loose end. Her ex-husband, James Lacey, is gone and her friend and some-time lover, Sir Charles Fraith, is in Paris. When the vicar’s wife, Mrs Bloxby, advises that a new curate is coming to Carsley, Agatha doesn’t realize that this is going to be the start of a new adventure. Everyone in Carsley is smitten with the handsome, new curate. However not everyone shares that opinion, and when the curate ends up dead, it seems the police are ready to pin the murder on Mr Bloxby, the vicar. Could the vicar have been jealous and killed Tristan, or did someone else want him dead? To ease herself out of boredom Agatha and her neighbour, John, investigate.

I’m a big fan of Agatha Raisin. She’s stubborn, fun and sometimes crazy! She’s definitely never boring, as indicated by this adventure. However, on the outside it seems like she is bored. She pretends to not be interested in the murder. She’s not attracted to her neighbour, John, and since Charles and James are off elsewhere, there is no-one else to spark an interest. For all her faults, Agatha really is a romantic at heart and I hope one day in between all these murders she does find that someone special.

The murder in this one was quite interesting because Tristan wasn’t a local. It seems he’s gone from church to church, charming the patrons at first, but there is something sinister under that charm and it’s his sinister actions that look like the reason he has been killed. It was a tangled web and I enjoyed trying to unravel it before Agatha.

In The Case of the Curious Curate I really missed the lack of Sir Charles and to a smaller degree, James. I love Agatha’s interactions with Sir Charles and I really hope he makes an appearance in the next adventure.
This is Agatha’s 13th adventure and I still enjoy them as much as I picked up the first one (Agatha Raisin and the Quiche of Death). I enjoy watching Agatha solve murders and the trials of her love life. I can’t wait to read more!

Check out Agatha Raisin and the Curious Curate by M.C. Beaton at Amazon.
Posted by Anna at 14:54