What Doesn't Kill You (Willa Pennington, P.I. #1) by Aimee Hix 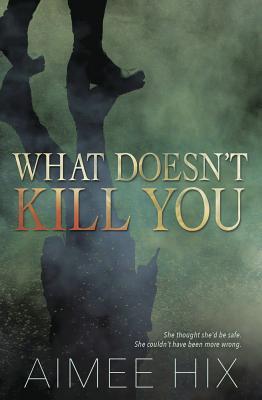 A favor for a friend turns into a murder investigation, drawing apprentice PI Willa Pennington into a labyrinth of lies and deception in the shadows of Washington, D.C.
Willa Pennington thought that becoming a PI would be better than being a cop. She thought she'd never have to make another death notification or don a bulletproof vest again. She thought she could move past the pain of losing her best friend. She thought she'd be safe.But she couldn't have been more wrong.Now, agreeing to do a simple favor has brought her to a dead body, a missing person, and a battle of wits with an old friend who has dangerous secrets. If Willa can keep her focus, she could solve the murder, find the missing girl, and figure out if the person she's trusted with her life is the one trying to end it.Praise: A 2018 Agatha Award Nominee for Best First Novel"One of the best debut efforts I've ever seen. Tight plotting, edge-of-your-seat suspense and a protagonist in PI Willa Pennington you'll want to read about again and again. I couldn't put this book down."--Maggie Barbieri, author of Once Upon a Lie"A debut that saddles tough-girl noir with the heart of a cozy."--Kirkus Reviews"This is a solid beginning to a character and setting that could go on to very good things."--RT Book Reviews
"Aimee Hix is an up-and-coming author everyone should watch."--Crimespree Magazine"The book has plent of twists and surprises, but what stands out is the tight writing and fast narrative of the author's debut novel."--Ellery Queen Mystery Magazine  (Summary via Goodreads)

What Doesn't Kill You by Aimee Hix is an amazing book and the story grabs the reader from the very beginning and doesn't let loose until the very end.

The reader will instantly love and respect the main character Willa Pennington for so many reasons.  Some of those reasons are that Willa loves her family and will do whatever it takes to protect them, she will also do whatever she can to protect friends of the family, she is a woman that knows what she wants and will stop at nothing to get that, no matter how dangerous it is.  She is also someone you want next to you if you ever find yourself in a tough spot or dark alley.....

And you will love the "relationship" she has with her childhood "friend" Seth.  Their relationship and the hard times and the things that connect them are so deep and trying that you cannot help but respect them for it.  And when it seems like it is getting too much to handle, Hix knows exactly what to write to get us back into the dirt of the story....

The dirt of the story puts Willa in the middle of more than she can handle when she agrees to help her neighbors with a little favor.....A favor that starts with a dead guy !!  This takes Willa and her "cop want to be a PI" training where she never expected it to lead this soon into her career.  However this brings her a lot closer to her childhood friend Seth and opens up a can of worms that they have both been trying hard to keep closed.......

Hix shoots this one out of the ballpark !!  I was on the edge of my seat reading What Doesn't Kill You and I cannot wait to visit the next installment in this series.  I need to know more about the lives of Willa and Seth and see where things take us.......  I hope you will also !!! 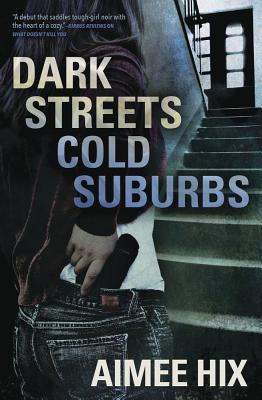 Sometimes home is the most dangerous place of all.

People move to the suburbs for a better life--nice houses, good schools, safe communities. But there's no place you can go that's completely safe from danger. Willa Pennington knows this all too well after her first PI case almost got her killed. Helping her old mentor review a decades-old cold case seems much safer. Then she reaches out to a teenager in trouble, and suddenly a new case rips into Willa's life in a way she could never have predicted. It seems menace is always lying in wait behind someone's door. Especially on the dark streets of the cold suburbs.

"This one's a keeper, and that means the entire series. From the conflicted protagonist, to the neatly twisted and well-placed plotting, I couldn't put the book down."--Kingdom Books

Praise for What Doesn't Kill You, Book 1 of the Willa Pennington, PI Mystery Series:

"Tight plotting, edge-of-your-seat suspense, and a protagonist in PI Willa Pennington you'll want to read about again and again. I couldn't put this book down."--Maggie Barbieri, author of Once Upon a Lie

"A debut that saddles tough-girl noir with the heart of a cozy."--Kirkus Reviews

"This is a solid beginning to a character and setting that could go on to very good things."--RT Book Reviews

"Aimee Hix is an up-and-coming author everyone should watch."--Crimespree Magazine

"The book has plenty of twists and surprises, but what stands out is the tight writing and fast narrative of the author's debut novel."--Ellery Queen Mystery Magazine   (Summary via Goodreads)


Dark Streets, Cold Suburbs by Aimee Hix is the second book in the Willa Pennington P.I. series and it is just as captivating as the first one....if not more !!!

In What Doesn't Kill You, the first book, you find out just how serious and strong and stubborn and loving and "crazy"(in a good way) Willa is.  Especially when it comes to people she is close too.

In Dark Streets, Cold Suburbs Willa gets attached to a high school girl that from the moment they met, Willa knew she needed help.....unfortunately she didn't realize how much help she was going to need.  But that doesn't matter to Willa.  She was in from the start !!  And when the trouble pours into her family, she is more than completely in !!

I was hooked with the first book and didn't want to close the book when I finished the second book.  In Dark Streets, Cold Suburbs you learn more about Willa and what makes her who she is....you learn why she left the police force and that just helps put some of the pieces to the puzzle together.  Sadly Seth is not in a lot of the book, but he does show up for the "finale" and well....come on, we knew he would !!

There is so much in this story to captivate you and draw you completely in.  You will be on the edge of your seat, turning the pages faster than Willa can down an energy drink or cup of coffee....you will be so into the story that you will feel like you are high on caffeine....but in a good way.

I highly recommend reading these books and falling in with love with Willa, her family, her boyfriend and her life.......