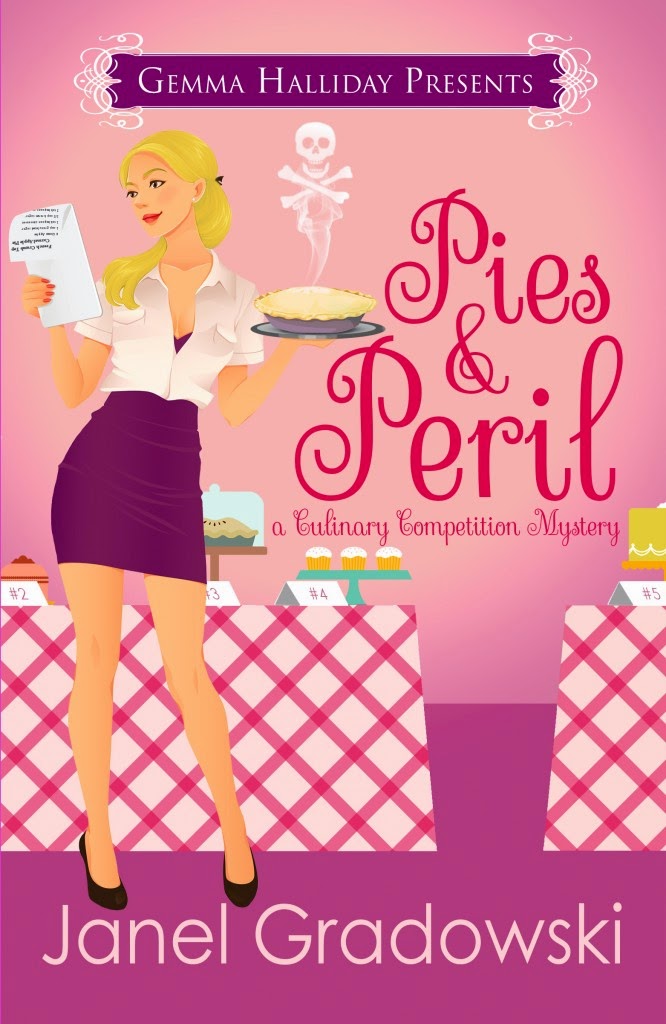 I love delving into new towns and new characters with a new series. In Janel Gradowski’a debut mystery she introduces us to two cook exrtraodinaire’s… Amy Ridley and the reigning pie queen, Mandy Jo. Amy thinks she finally has a pie to beat Mandy Jo but little does she know Mandy Jo is already dead!!

Pies and Peril drew me in like the sweet smell of a fresh apple pie and I didn’t want to stop until the very end.

I was drawn to the charming Amy. Alike to myself, she’s passionate about baking, but not always clear headed. In the opening chapter she illogical thinks her pie has been stolen from her house and the way ahe reacted to the situation would’ve just been like me. Her reaction had me laughing and smiling, and the warm cozy feeling of reading a good mystery never left me.

For readers of the blog will know I’ve been on a bit of a reading slump lately. Well Pies and Peril pulled me right out of it. This delightful debut mystery stole my heart with its charm and wit and not to mention Amy’s dog, Pogo.

Pies and Peril is a beautiful debut and I know I will be eagerly awaiting the second book in the series.

Check out Janel Gradowski's books on Amazon.
Posted by Anna at 05:43